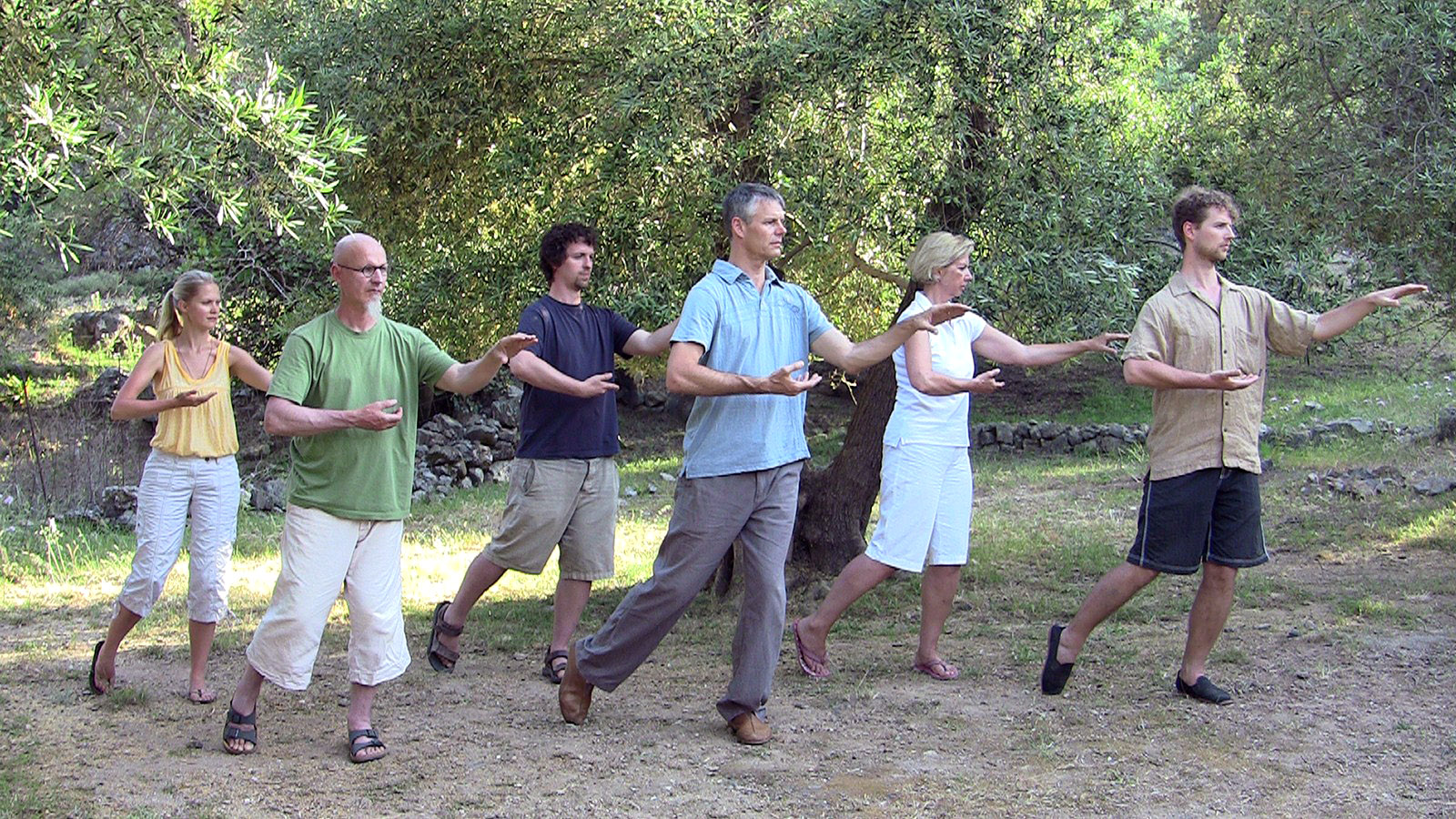 Follow Your Heart: Preventing and Healing from Cardiovascular Disease with Qi Gong Exercise

Cardiovascular diseases (CVDs)1 are linked to nearly half of all deaths in Europe and account for one in three deaths in the United States each year. Of the 85 million people in Europe and 90 million people in the United States living with CVDs2, many if not most will resort to drug therapy and continue on with the same behaviours that cause or exacerbate symptoms. The question of whether society can function healthily while mass medicating to mask rather than solve personal and worldly issues is easily answered: of course not. Ultimately people must make the decision for themselves though, and the $30 billion Americans spent on complementary health approaches3 in 2016 proves that Eastern exercise systems are at least being considered alongside drug therapy as a means for improving quality of life. In more than 20 years of teaching and researching, I've come to realise that pain and discomfort are the primary motivators for energy arts practice because the fact remains: only you--your body (immune system), energy and mind--can make you healthier, and people are waking up to this fact. Rarely does a pill cure disease or actually sever the root of illness. Generally, pharmaceuticals can only absolve symptoms, sometimes to magnificent degrees of success, but often times to the detriment of other bodily systems, mental function and/or emotional wellbeing.

The Western medical model asserts that arteries close down from fatty deposits and hardening, which a great body of research has linked to genetic predispositions and lifestyle habits, such as smoking, lack of activity, poor diet and stress. These restricted arteries can then lead to heart attacks and cause other CVDs. This is only half the story though. From an Eastern perspective, as the body ages or closes down, as a result of injury, illness, trauma or poor lifestyle choices, so too do the arteries, particularly around the hips, shoulders, neck and torso. Interestingly and probably not coincidentally, the paths of the major arteries (leading from the heart) spread in three primary directions:

• Down to the legs, also feeding the internal organs.

• Up and under the collar bone into the neck and brain.

• Through the armpits into the arms.

These spaces in the body shrink and shut down as the ill effects of tension, anxiety, poor diet and lack of movement--over a lifetime--compound and build up. The arteries in these areas, by default, also become compressed and constricted, and therefore start trapping fatty deposits within themselves. So along with a healthy diet, the way in which you move (or don’t move, as the case may be) is of high importance.

Generally medical professionals do indeed recommend exercise to patients suffering from CVDs, but the quality of exercise is as important as exercising itself and this point is almost completely missed.

Getting to the Heart of the Matter

Some people take the news that they have high blood pressure or after suffering a heart attack as a proper wake-up call. The next thing they do is start running or jogging. We’ve all seen the winded middle-aged man forcing himself down the street, conjuring up an image of a dog with his tongue hanging out and looking as if he’s just going to pass out on your front garden right then and there! This strategy is definitely not advisable as it is not sustainable and, more importantly, forcing blood through restricted arteries could actually cause an even bigger issue.

In many modern exercise regimes, the name of the game is increasing the heart rate to pump more blood. If you take someone with incredibly restricted blood vessels and ask them to perform aerobic exercise, they may pump blood around their body, so this is okay to a point. However, an enormous amount of back pressure to the heart will also be created because the whole vascular system is compromised. This makes the heart work overtime to push blood through restricted vessels. Conversely, if you open up the body through specific qi gong exercises, and only then perform aerobic exercise, the heart will pump blood4 through an open system. This alleviates any extra pressure on the heart, yet the heart will work stronger than it was before.

In both cases, the heart is working harder but, by opening up the body and vascular system--simple non-aerobic qi gong exercises--the heart does not suffer additional pressure and feelings of stress are not ignited. This is why fully opening up the vascular system before initiating aerobic exercise is safer, more gentle and much more reliable for maintaining a healthy heart.

From an Eastern perspective, appropriate exercise for a person in compromised health--whether from CVDs or for any other reason--would be therapeutic in nature (rather than for fitness per se) and, as such, would meet three criteria:

Three basic exercises, taking only minutes to perform, are particularly effective for relieving the compression and constriction that occurs in the arteries:

Proper postural alignments - first in standing qi gong with a particular focus on the spine, which takes the kinks out of the “tubes” (arteries and veins) and extends open the soft tissues of the body5. The tubes then stretch, allowing blood to flow through unimpeded rather than becoming blocked from poor posture and contractions.

Lengthening exercises - with good postural alignments in place, lengthening from the spine out to the fingers, toes and head, stretches affected areas, further aiding blood flow through and unblocking restricted arteries.

Diaphragm breathing - is the easiest and quickest method for stimulating whole-body relaxation; the key is really getting the diaphragm to move up and down for a full inhale-exhale, which thereby increases blood flow through the arteries via gentle yet firm massaging of the internal organs.6

When blood circulates unimpeded throughout the body, it naturally takes pressure off the heart. Together these exercises release tension lodged in the heart, which is beneficial whether you are incredibly healthy, or suffering from high blood pressure or some other form of CVD.

There are a seemingly limitless number of ways to improve blood flow, which delivers oxygen and the nutrients necessary to feed and repair every cell in your body; whereas, restricted blood flow will downgrade every function in your body. So optimising blood flow is critical to maintaining and building health and vitality.

All energy arts--from simple qi gong exercises to medical qi gong and nei gong systems, tai chi and bagua forms--work the major blood vessels of the body and therefore the vascular system. When trained accurately and with the right intent, they can take pressure away from the heart by pumping blood around the body to relax and balance blood pressure throughout the vascular system. In time and with sustained, accurate practice, you can completely alter the trajectory of your heart health while making space for relaxation and letting go--that which ultimately allows you to be free and feel at ease with life from deep within your heart centre.

4In the East, "blood" refers to all of the circulatory fluids of the body, including interstitial, lymph and cerebrospinal fluids, which are derived from blood plasma.

5This is one of the 42 fundamental principles of all moving practices, as discussed in my book, The Tai Chi Space: How to Move in Tai Chi and Qi Gong (Aeon Books, 2017).

6Increasing blood flow through breathing practices before the alignments and lengthening work is in place will yield only partial results. Increased blood flow can also raise blood pressure in some people, so learning and practising good posture is a critical first step to avoid putting untoward pressure on the heart. 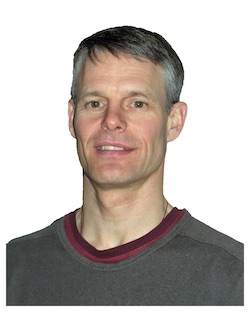 Paul Cavel is the founder of The Tai Chi Space, a London-based internal arts school established to teach Water method arts. Since 1987 he's studied Taoist philosophy and meditation, the I Ching, Five Element Nei Gong, Medical Qi Gong, Tai Chi, Bagua, Yoga and Tui Na energy healing. Paul is a soft tissue and injury therapist (ITEC Level 4) and in 1995 he began teaching internal energy arts with the encouragement of his primary teacher, after healing himself from a serious motorcycle accident. He recently published his first book, The Tai Chi Space: How to Move in Tai Chi and Qi Gong (Aeon Books, 2017), which covers the 42 foundational principles of moving practices. http://www.paulcavel.com