Among the many conclusions of the research reported on below is that Qigong masters can consciously control blood flow and other metabolic processes, functions normally regulated by the autonomic nervous system. 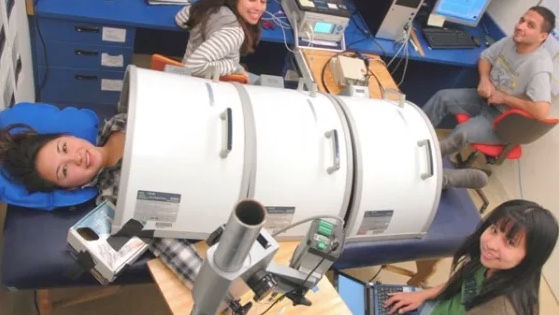 Both Tai Chi (Taiji) and Qigong can help cultivate the Qi (life energy). Qi is a form of immeasurable vital energy; however it is challenging to prove that it works. Through arduous scientific studies, Dr. Shin Lin presented fascinating results at the 2016 World Congress on Qigong, Tai Chi, and Traditional Chinese Medicine and illustrated how the healing art enhances the blood flow and electromagnetic energy. More...

Chinese researchers measure electromagnetic fields and microdischarges from the human body. This is a new way to measure "external qi". To date, mainstream medical science researchers have not claimed to be able to measure qi, let alone external qi. What has been measured is bioenergy. Also see Bioenergetics.

Mitochondria as Chi. WESTERN medicine is in crisis. Continually increasing resources are being expended to combat the age-related diseases that include diabetes and metabolic syndrome, Alzheimer's disease, Parkinson's disease, cardiovascular disease, and cancer. Yet the causes of these diseases remain a mystery, while their incidence and morbidity either remain constant or are increasing (Wallace 2005b).While the anatomical paradigm of medicine and the Mendelian paradigm of genetics have been powerful predictors of medical relationships for the past century, they are failing to direct us toward solutions for the common age-related diseases. A systematic survey of Asian herbal medications using a variety of mitochondrial functional readouts may reveal previously unrecognized mitochondrial pathways and new therapeutic strategies to manipulate them. These could then be applied to treating the common age-related diseases. If this strategy proves successful, then it may have been prescient that a major concept in the parlance of traditional Asian medicine is “chi,” which loosely translates as “vital force or energy.” Mitochondrial biology and genetics become excellent candidates for expanding the anatomical and Mendelian paradigms to address the complexities of the age-related diseases, aging, and cancer (Wallace 1992b).

First and foremost, qigong is exercise. The following book goes into great detail on the molecular and cellular benefits of exercise.

Molecular and Cellular Regulation of Adaptation to Exercise, Vol 135.
Progress in Molecular Biology and Translational Science