The most influential “organ” in the human body might be made up of foreign cells—six pounds worth of microorganisms. Katherine Pollard discusses how her lab at the Gladstone Institutes uses big data and high-performance computing to study the human microbiome and learn how it influences health and disease.

The human microbiome plays a role in processes as diverse as metabolism, immune function, and mental health. Yet despite the importance of this system, scientists are just beginning to uncover which microorganisms reside in and on our bodies and determine what functions they perform. The development of innovative technology and analytical methods has enabled researchers like Dr. Pollard to decode the complex interactions between our human cells and microbial brethren, and infer meaning from the staggering amounts of data 10 trillion organisms create.

Rob Knight: How our microbes make us who we are

Rob Knight is a pioneer in studying human microbes, the community of tiny single-cell organisms living inside our bodies that have a huge — and largely unexplored — role in our health. “The three pounds of microbes that you carry around with you might be more important than every single gene you carry around in your genome,” he says.

The link between your gut health and autoimmune diseases. 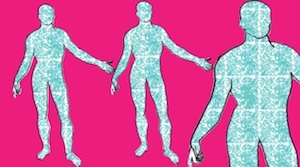 More than half your body is not human.

Dr. Robynne Chutkan | Revitalize | Why The Microbiome Is The Future Of Medicine

We've all heard about the microbiome, but what is it? Why should we care? And, most importantly, what should we do about it?

How the Gut Microbiome affects the Brain and Mind

The Gut-Brain Axis: How Microbiota and Host Inflammasome Influence Brain Physiology and Pathology. The intestinal bacteria can affect the central nervous system (CNS) physiology and inflammation. The nervous system and the gastrointestinal tract are communicating through a bidirectional network of signaling pathways called the gut-brain axis, which consists of multiple connections, including the vagus nerve, the immune system, and bacterial metabolites and products. During dysbiosis, these pathways are dysregulated and associated with altered permeability of the blood-brain barrier (BBB) and neuroinflammation. PMCID: PMC7758428.

The Microbiome and Aging.  In this review we present how the microbiota changes as the host ages, but also how the intricate relationship between host and indigenous bacteria impacts organismal aging and life span. We propose microbiome dysbiosis as an additional hallmark and biomarker of aging.

The Effects of Stress and Meditation on the Immune System, Human Microbiota, and Epigenetics. Psychological stress typically triggers a fight-or-flight response, prompting corticotropin-releasing hormone and catecholamine production in various parts of the body, which ultimately disturbs the microbiota. In the absence of stress, a healthy microbiota produces short-chain fatty acids that exert anti-inflammatory and antitumor effects. During stress, an altered gut microbial population affects the regulation of neurotransmitters mediated by the microbiome and gut barrier function. Meditation helps regulate the stress response, thereby suppressing chronic inflammation states and maintaining a healthy gut-barrier function. The current research team recommends the integration of meditation into conventional health care and wellness models.

Foods that Heal and Foods that Kill. Dr. John Bergman

"Disease does not exist. It is the body adapting to deficiency or toxicity." Dr. John Bergman.

How to Work with the Immune System

The Healer Within and Our Microbiome

Holistically working with the micobiome and energy medicine is a large part of future of western medicine and will dominate in the latter 21st Century. Western medicine is just discovering the importance of the microbiome. Researchers are already finding connections between the immune response and disease. A major component of the body's immune response is generated by the microbiome. Autoimmune disorders (i.e. they can't figure it out so they use this term) are being traced to imbalances or dysfunction in the gut microbiome. He mentions the example of an incorrect mix (individualized for each person, just like holistic medicine) of microbiota species (e.g. bifidobacterium) leads to an incorrect or non-existent immune response (i.e. an "autoimmune disorder").

Human Body Microbes Make Antibiotics, Study Finds. Each of us has a microbiome which is a component of our 'healer within' and is a major beneficiary of Qigong practice. Our microbiome can be considered part of our internal "pharmacy" where we can get safe and natural personalized drugs. New

Neurotransmitter modulation by the gut microbiota. The gut microbiota - the trillions of bacteria that reside within the gastrointestinal tract - has been found to not only be an essential component immune and metabolic health, but also seems to influence development and diseases of the enteric and central nervous system, including motility disorders, behavioral disorders, neurodegenerative disease, cerebrovascular accidents, and neuroimmune-mediated disorders. Accumulating evidence in animals suggests that manipulation of these neurotransmitters by bacteria may have an impact in host physiology, and preliminary human studies are showing that microbiota-based interventions can also alter neurotransmitter levels.

The role of the gut microbiome in the development of schizophrenia.  The development of the neural circuitry underlying social, cognitive and emotional domains requires precise regulation from molecular signalling pathways, especially during critical periods or "windows", when the brain is particularly sensitive to the influence of environmental input signalling. Many of the brain regions involved, and the molecular substrates sub-serving these domains are responsive to life-long microbiota-gut-brain (MGB) axis signalling. This intricate microbial signalling system communicates with the brain via the vagus nerve, immune system, enteric nervous system, enteroendocrine signalling and production of microbial metabolites, such as short-chain fatty acids. Preclinical data has demonstrated that MGB axis signalling influences neurotransmission, neurogenesis, myelination, dendrite formation and blood brain barrier development, and modulates cognitive function and behaviour patterns, such as, social interaction, stress management and locomotor activity.

The Human Microbiome, the Self You Never Knew 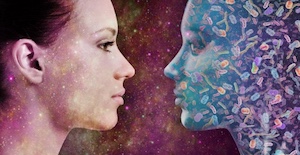 The Living Organisms Sharing Your Body

Can a basic understanding of the Human Microbiome change the way we think of ourselves and provide substantial food for thought as we reflect on who and what we are as a species?We know that we are made of bones, blood, cells, muscle, etc. and we tend to think that these are what makes us human. However, we often overlook the Human Microbiome. This is a naturally occurring community microorganisms (microbes) in our body – including diverse viruses, fungi, and protozoa – that outnumber human cells almost two to one! While this might sound scary, this thriving community of microbes in our body is working in harmony with our human cells to create life as we know it. More...

Gut bacteria and mind control: to fix your brain, fix your gut!

Fermentation; How To Get Healthy Bacteria To Your System

Probing the Link Between Gut Microbial Imbalance and Multiple Sclerosis

Mounting evidence suggests a deep connection between the gut microbiota and central nervous system.1 A hypothesis with important clinical implications generated from this concept is that an imbalance in the gut microbial community can lead to immune dysregulation and, in turn, autoimmune disease, including such neuroinflammatory conditions as multiple sclerosis (MS).

Add These Fiber-Rich Foods to Your Diet to Fight Inflammation

THE HUMAN BODY WORKS IN PARTNERSHIP WITH GUT BACTERIA

The Potential Effects of Radiation on the Gut-Brain Axis. The gastrointestinal microbiota can communicate with the brain via various pathways and molecules, such as the enteric nervous system, the vagus nerve, microbial metabolites and the immune system. This relationship has been termed the "gut-brain axis". Alterations to the composition of the GI microbiome can lead to alterations in its functional metabolic output and means of communication, therefore potentially causing downstream cognitive effects. Consequently, studying how radiation can affect this important network of communication could lead to new and critical interventions, as well as prevention strategies. Herein, we review the evidence supporting a relationship between radiation exposure and disruption of the gut-brain axis as well as summarize strategies that may be used to counter the effects of radiation exposure on the GI microbiome.

Making Sense of… the Microbiome in Psychiatry. "The human gut microbiome has been shown to influence many aspects of host health including more recently the brain. Several modes of interaction between the gut and the brain have been discovered, including via the synthesis of metabolites and neurotransmitters, activation of the vagus nerve and activation of the immune system. A growing body of work is implicating the microbiome in a variety of psychological processes and neuropsychiatric disorders. These include mood and anxiety disorders, neurodevelopmental disorders such as autism spectrum disorder and schizophrenia, and even neurodegenerative disorders such as Alzheimer's and Parkinson's Disease. Moreover, it is probable that most psychotropic medications have an impact on the microbiome." Note that the vagus nerve is affected by both the microbiome and the practice of Qigong.

Connection between Systemic Inflammation and Neuroinflammation Underlies Neuroprotective Mechanism of Several Phytochemicals in Neurodegenerative Diseases. phytochemicals may modulate and suppress neuroinflammation of the brain by several approaches: (1) reducing systemic inflammation and infiltration via the blood-brain barrier (BBB), (2) direct permeation into the brain parenchyma leading to neuroprotection, (3) enhancing integrity of disrupted BBB, and (4) vagal reflex-mediated nutrition and protection by gastrointestinal function signaling to the brain. Therefore, many phytochemicals have multiple potential neuroprotective approaches contributing to therapeutic benefit for pathogenesis of neurodegenerative diseases, and development of strategies for preventing these diseases represents a considerable public health concern and socioeconomic burden.

Gut thinking: the gut microbiome and mental health beyond the head. Mental health is not narrowly located in the head but is assimilated by the physical body and intermingled with the natural world, requiring different methods of research to unfold the meanings and implications of gut thinking for conceptions of human selfhood.

How is Human Metabolism Controlled?

Metabolomics is the chemical fingerprint of your body. Your genome and genetic profile are simply a blueprint of the raw material or ingredients (proteins) of your body. The blueprint does not give an idea of how the (expressed) genes interact and how the environment affects the genes. Metabolomics is concerned with what is occurring in your body moment to moment (the set of active metabolites) as a result of factors such as nutrition and lifestyle with the ultimate goal of understanding how metabolism is regulated and identifying the metaboloic signatures of disease.

The gut microbiome is the body's main generator of metabolites. One main way that Qigong practice positively affects the microbiome is via stress reduction.

Exploring the Gut Microbiome’s Connection to Human Behavior – Lecture by Dr. John Cryan. A healthy life-style (in Daoist terms, Yang Sheng) includes the mind-body practice of Qigong, western-style exercise, proper nutrition, and healthy living habits. One of the most important notions in living a healthy life-style is understanding the key relationship between the gut microbiome and health. John F. Cryan, Ph.D., Professor and Chair of the Department of Anatomy and Neuroscience at University College Cork, in Ireland, gave a lecture, “Towards Psychobiotics: The Microbiome as a Key Regulator of Brain and Behavior,” as part of the National Center for Complementary and Integrative Health’s (NCCIH) Integrative Medicine Research Lecture Series. Dr. Cryan is an internationally recognized scientist in the exciting area of the interactions between gut microbes and the brain. He works closely with gastroenterologists, microbiologists, ecologists, and behavioral scientists in studying the various interactions and biological effects of the gut microbiome on human behavior. One way that the practice of Qigong directly affects the gut microbiome is through the reduction of stress.

Biological Magnetic Resonance Data Bank. A Repository for Data from NMR Spectroscopy on Proteins, Peptides, Nucleic Acids, and other Biomolecules.

"There is no drug more powerful than good nutrition."

How to Increase Probiotics in Your Diet

How to prevent oxidation and inflammation